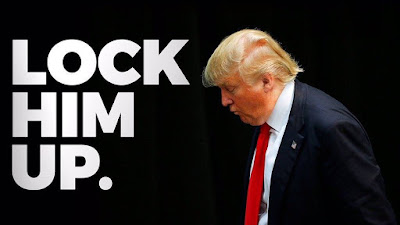 The Michael Cohen hearings, coupled with the numerous investigations and discoveries about the criminality and suspicious activity of Donald Trump and his family, are astounding.

I lived through the Watergate scandal and remember the turmoil both before and afterwards. However, Nixon's transgressions pale in comparison to the alleged tax fraud, bank fraud, double-dealing, etc which Trump has been accused of and for which strong supporting evidence and documentation exist.

It has come time for the Congress to honor their oath of office - to serve and protect the Constitution. Unfortunately, the Senate is being strangled into silence and feckless complicity by the GOP majority. That means that any move to impeach will be stymied by that majority in the Senate.

The House leadership must be ready to act to forestall the damage to our institutions of our Republic and our reputation amongst the community of nations.

There is no law that prohibits the indictment of a sitting president. (A memo from the 1970's carries little importance. It is time to challenge that memo.) POTUS is a citizen of the USA and is subject to its laws and judicial processes. That is clear. His duties as POTUS are important but not as important as the Rule of Law.

Mr Trump's nefarious actions as candidate and as president are reprehensible. We must not limited to simply clucking our tongues over his indiscretions and his disregard for due process.

Call for the indictment of Mr Trump on any of the numerous substantiated charges made against him and the various Trump organizations. Challenge the applicability of the Justice Department memo. Force it to the SCOTUS for a definitive decision.

No one is above the law. No one.

Indict Mr Trump. Let the courts sort it out.

Then move to impeach.
Posted by Aeneaus 'Nye' Babbage II at 5:25 PM No comments: