Open Letter to the House and the Senate 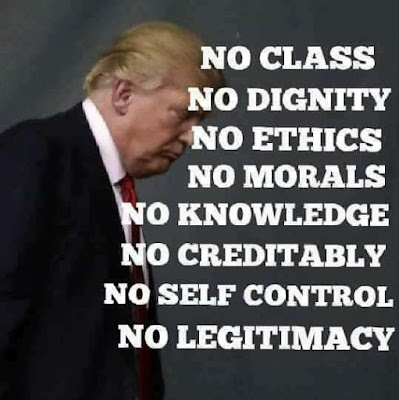 To all members of Congress:

This is on you.
Donald Trump was elected by the Electoral College and 25% of the electorate. His election is on them.
His behavior, his policies, his preposterous demeanor - that's on him.
That he is getting away with so much that is detrimental to our nation, our Republic, our democracy, our society is on you. That lies squarely on the doorstep of Congress.
He lies. You hem, haw and prevaricate or say nothing at all.
He insults our allies and our most revered institutions and you do nothing to oppose his slander.
He threatens our allies and ingratiates himself to ruthless despots and dictators and you stand idly by.
He shields and sides with sex offenders, crooks, and the most disreputable sort of people and you never raise a finger or your voice in criticism.
Choose to be on the correct side of history, for history will record this episode of the American story as a calamitous time when the wrong people were in power for the wrong reasons taking the wrong actions.
Protect Mueller.
Protect Rosenstein.
Move to impeach the president.
NOW!
Posted by Aeneaus 'Nye' Babbage II at 9:04 AM No comments:

Where Do You Stand?

Back from a month-long trip to the States, touring in the Red State West with the Mary Jo Curry Band.
I've recovered from a near-terminal case of jet-lag and am back in the saddle again.
Here's a letter I wrote today to my Senators and Congressman in Colorado: 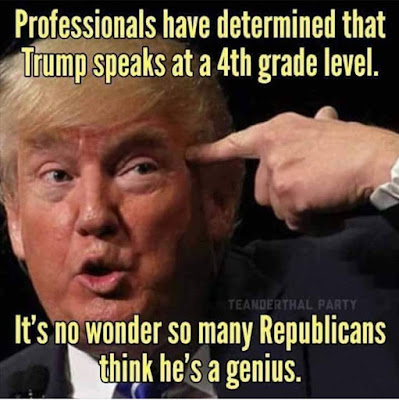 Trump's approval numbers have been under water for some time; 52% to 55% disapprove of his administration. 66% of women disapproved of Trump BEFORE the Kavanaugh debacle. Since that sham, his numbers have plummeted. You might say his numbers are akin to a bathysphere in need of a bilge pump.


According to FiveThirtyEight.com, there's a 75% likelihood that the Dems will take the House in November. When they do, one of the first orders of business will be the impeachment of the president, the vice-president and many of Trump's appointees, including Brett Kavanaugh.
The New York Times' investigation into the Trump family finances has revealed extensive tax fraud and questionable tax evasion for decades. The Attorneys General of State of New York and the City of New York are on the case to recoup what the state and city are owed. This will most probably leave the entire Trump family destitute and open for further civil and criminal litigation.

The District of Columbia and the State of Maryland are suing Trump for his violation of the emoluments clause of the Constitution. Eighteen states are currently suing the Trump administration for his family separation policy and the imprisonment of children.
After the November election, we can be certain that Robert Mueller will issue a flurry of subpoenas and indictments prior to his release of the report of findings. Most expect to hear that Donald Trump and his campaign were conspiring with Russian agents to subvert the American electoral process.
Where will you be? Will you be on the correct side of history? Or will you be one of the apologists for the the most corrupt and inept president in American history with egg all over your face with hounds at the door screaming for your political blood?
No magic bullet - such as Brett Kavanaugh - will save this pathetic, criminal presidency. Short of a military coup, there will be no redemption or exoneration of Donald J. Trump.
The choice is simple; side with Trump as one of his tainted minions, ready to stand trial or stand with the vast majority of Americans.