The Seven Deadly Sins of Narcissism; the game!

Here's a cute little parlor game which I just now invented after stumbling upon the following at Wikipedia: (see below... )
But before we wade into that heavy current, here's the game!

'The Seven Deadly Sins of Narcissism'!

Items needed for the game are 1. at least a single copy of the 'Seven Deadly Sins of Narcissism' (one for each player if possible), 2. a large bottle of vodka. and 3. writing implements (paper and pen, pencil, i-phone/pad, gadget, etc) for each player.

1. The game can be played alone or with trusted friends. Very important.

2. Each player reads the 'Seven Deadly Sins of Narcissism'.

3. After reading each of the 'Seven Deadly Sins of Narcissism', the player will write down an instance of that sin as committed by Donald J. Trump (hereafter referred to as Drumpfen-plotz). Only one case need be cited; more are allowed, remember, however, that 'brevity is the soul of wit'.

4. The large bottle of vodka is drunk by the players upon completion of all writing.

5. The players exchange their responses and comment on what a POS Drumpfen-plotz truly is.

Shamelessness: Narcissists are often proudly and openly shameless; they are not bound by the needs and wishes of others. Narcissists hate shame, and consider it "toxic", as shame implies they are not perfect and need to change. Narcissists prefer guilt over shame, as guilt allows them to dissociate their actions from themselves - it's only their actions that are wrong, while they themselves remain perfect.
Magical thinking: Narcissists see themselves as perfect, using distortion and illusion known as magical thinking. They also use projection to "dump" shame onto others.
Arrogance: A narcissist who is feeling deflated may "reinflate" their sense of self-importance by diminishing, debasing, or degrading somebody else.
Envy: A narcissist may secure a sense of superiority in the face of another person's ability by using contempt to minimize the other person or their achievements.
Entitlement: Narcissists hold unreasonable expectations of particularly favorable treatment and automatic compliance because they consider themselves special. Failure to comply is considered an attack on their superiority, and the perpetrator is considered an "awkward" or "difficult" person. Defiance of their will is a narcissistic injury that can trigger narcissistic rage.
Exploitation: Can take many forms but always involves the exploitation of others without regard for their feelings or interests. Often the other person is in a subservient position where resistance would be difficult or even impossible. Sometimes the subservience is not so much real as assumed.
Bad boundaries: Narcissists do not recognize that they have boundaries and that others are separate and are not extensions of themselves. Others either exist to meet their needs or may as well not exist at all. Those who provide narcissistic supply to the narcissist are treated as if they are part of the narcissist and are expected to live up to those expectations. In the mind of a narcissist, there is no boundary between self and other. 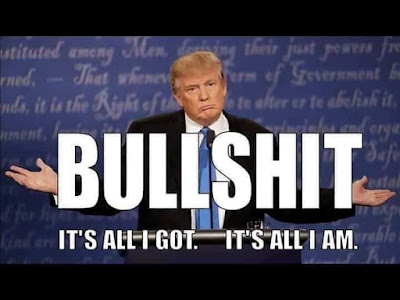