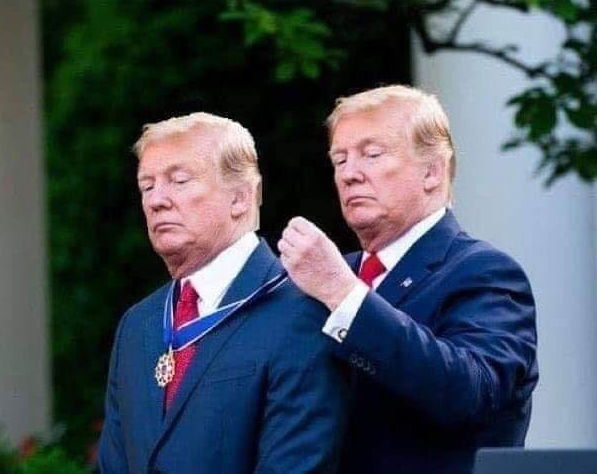 Good.
In his ego-sating blundering, he actually did the right thing for a change.
Even a blind pig finds a truffle now and then. Impeach the Felon-in-chief.
Now No more pussy-footing.
No more of this 'gentlemen's agreement' horse manure of false decorum.
We're dealing with a pathological liar and a lifelong criminal who takes the Cosa Nostra as his basic rule of thumb but discards any sense of 'honor or duty' which even the Mafia would adhere.

Drumpf is all that we find despicable in a human. He is the lowest of character. He makes Iago look honorable. At least Iago was conflicted in the drama. Drumpf has no conflict with his ego or his id. Grab-em-by-the-pussy is his motto. Remember how trippingly it came from his mouth? Impeach him and shred that DoJ memo about not indicting a sitting president.
Treason, fraud, obstruction of justice, child endangerment; these are not indictable offenses?
Posted by Aeneaus 'Nye' Babbage II at 3:11 AM