Urine a Spot of Bother... 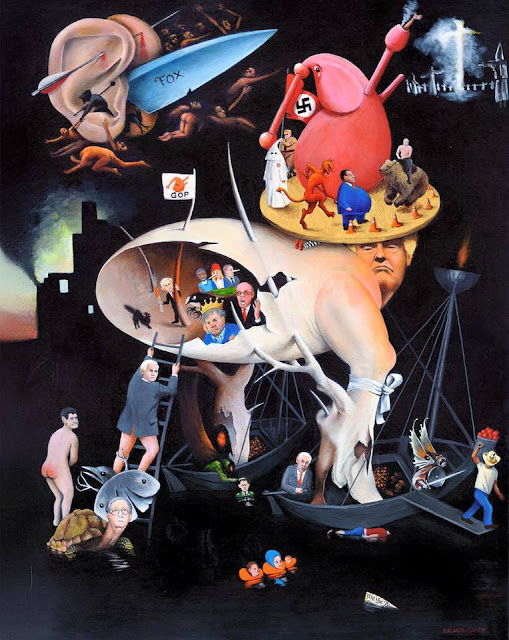 RE: the poisoning of Sergei Skripal, the ex-Russian spy and his daughter in the UK.
The initial public response from the Russian president?
Something along the lines of:
"We would never be so incompetent. If we had wanted him dead, he would be dead."
A better Ludlum-like line has never been written.

So, it's a point of professional pride, as far as the former KGB head is concerned, that the Russian Federation did not poison the former spy and his daughter. It wouldn't have been botched. They would have been dead.
Ha!
So there...
Like Jack the Ripper dismissing a charge of murder because it lacked his signature surgical precision.
"I would never have been so imprecise and amateurish."
Ha-rumph...

And speaking of questionable alibis, our current POTUS is apoplectic about the Steele Dossier (you know... the 'dirty one'). Denying the verisimilitude of the alleged 'Pee Tapes', Drumpf has declared both publicly -  and privately to James Comey - that the tapes are a total fraud because...
wait for it...
He's a germophobe.

For his defense, Drumpf did not state the boilerplate claim that he was an up-right, up-standing, righteous family man, dedicated to his wife, blah-blah-blah...
(No one ever accused him of those scurrilous charges, that's for certain.)

No, his offered rationale for discrediting the Steele Dossier and the co-mingled  'Pee Tapes' is that he is too much of a neurotic to pay for 'Golden Showers'.
How reassuring...
Ladies and Germs, the President of the United Snakes...

And the 'Evangelicals' have no problem with this because...?
Urine is a gift from 'god'?

Drumpf's facile rationale for avoiding micturating women-of-the-night brought to mind Drumpf's prideful, arrogant claim that he's a 'counter-puncher' who hits back twice as hard. (Just like his mentor, the slimy fixer, Roy Cohn taught him.)
He boasts about being a counter-puncher as a way of frightening people off.
He has also publicly stated many times that he likes nothing better than revenge, sweet revenge.
(Well, maybe slightly less than 'Golden Showers'... allegedly...)

To the point; Drumpf gets off on getting back at people.

Love thy neighbor as thyself?
NIX!
Let he who is without sin cast the first stone?
Feck that!
It's harder for a rich man to enter the Kingdom of Heaven than for a camel to pass thought the eye of a needle.
Fill in your favorite douche-bag mega-church god-con. (e.g. Joel Osteen)
Render unto Caesar that which is Caesar's.
But screw taxes...

If these self-styled 'Evangelicals' can't see themselves clear to upholding the principles of the Constitution (The First Amendment, separation of church and state) at least they could take a decent stab at pretending to practice the basic ideology of their publicly professed religious affiliation.