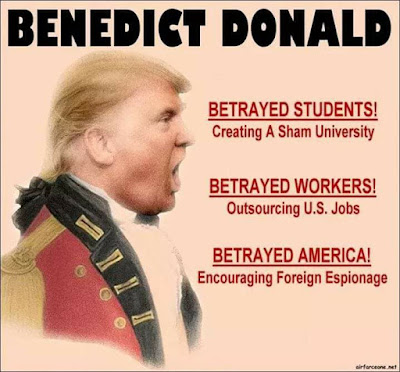 A letter I wrote to my government representatives in Washington, DC; Jared Polis, Cory Booker and Michael F. Bennet.

'As your constituent, I strongly recommend an article you should read and then act upon; David Corn's article of exasperation re: the Russian hacking and interference in US elections - in 2016 and on-going by the Congressional testimony of the NSA, CIA and other various US intel agencies.
https://www.motherjones.com/politics/2018/07/while-america-sleeps-trumps-treachery-and-the-russia-scandal/
Mr Corn's concerns are bolstered and verified by all the intelligence apparatus of the USA. Yet POTUS dismisses all of it as sheer fabrication without any substantive evidence to back his preposterous assertion.
In the mean time, Mr Trump goes to NATO - our closest, most trusted allies - and rails nonsense about energy dependency and chastises member states for 'delinquency' as if he were a slum-lord in Queens again.
Then, after spitting in the communal well, he goes off to Helsinki for a secret meeting with the former KGB general and ruthless despot of the Russian Federation, of whom he has said "Putin is fine. He’s fine. We’re all fine. We’re people.” As if that makes a lick of sense at all.

Pol Pot, Sukarno, Idi Amin, Papa Doc Duvalier; they were all 'people'. they were most demonstrably not 'fine' people, no more than the alt/right fascists of Charlottesville were 'very fine people'. The Nazis at Auschwitz, Buchenwald and Bergen-Belsen were all 'people'. Murderous, debased, banal and evil people for whom no excuse or rationale suffices to exonerate or absolve them of their horrific crimes.
Act to defend our Republic, our fragile democracy, from enemies both foreign and domestic. One such enemy of our system of government is Vladimir Putin. Another now resides at 1600 Pennsylvania Avenue. Trump is acting as an agent of a hostile, contentious foreign power - sowing discord and disunion amongst our staunchest, most trusted and proven allies; Great Britain, France, Canada, and so on. Trump's campaign to deconstruct the NATO alliance and cozy up to the dictators of North Korea and the Russian Federation must be thwarted.

Protect the Mueller investigation.
Move to impeach the president.'