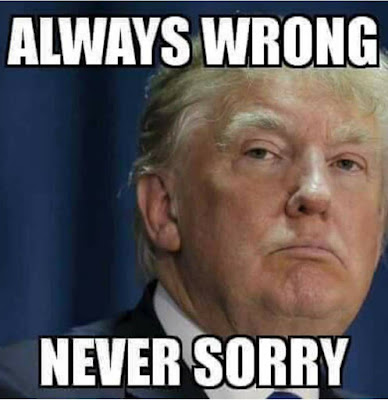 '“Moral imbeciles” - that's what those of Trump's amoral, unethical ilk were called in the 19th Century. '
(Read Gene Lyon's article in the Chicago Sun-Times.)
https://chicago.suntimes.com/?post_type=cst_article&p=1195618
Trump's actions are determined by his own personal, self-serving interests and need to feed his over-blown, overweening ego.
His is not the kind of rational temperament that is best suited for the position of POTUS. That is more than evident if one has paid the least attention to the nefarious, corrupt actions of his EPA head, Scott Pruitt.

The argument that 'the people have chosen' is not applicable in this case. It was Russian interference in under-mining and poisoning our electoral process which determined - at least in part - the result of the 2016 election. The very fact that Trump is NOT heeding the strongly worded advise of reputable men such as Admiral Rogers and James Clapper who warn that the Russian efforts to thwart our democratic process are real, verifiable and on-going and real should be taken as an indication that Trump cares not for the good of the nation but only for his own aggrandizement.